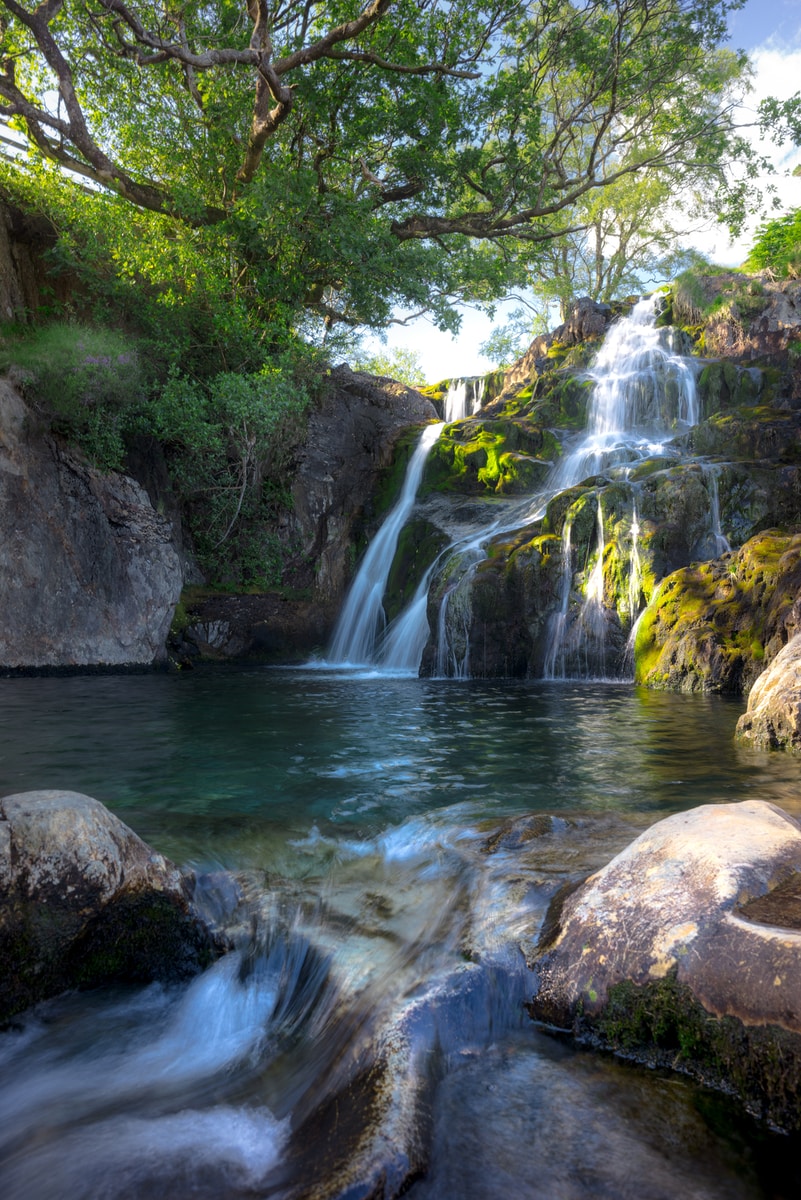 A century ago, there was an attempt to classify the rivers according to the fish that were there. We did plenty of studying when we were children and the fish to be seen – seemed so transparent. Catching them of course was another matter but my brother managed to catch plenty of eels! When I lived in Cenarth, I loved walking over the bridge and watched from afar those fishing on one side and on the other side, I could see the salmon rise from the waterfall. Yes, white and clean is what I remember and wrote a poem that began – there are two sides to life, just like the river Cenarth.

One could say the same of today, the two sides to the rivers. On the one side, people love wild swimming, if not going wild with the pastime. I remember driving down through Abergwesyn and saw women having the time of their lives in their bathing costumes .Who would dare refuse them such pleasure?

But on the other side, the magical quality of the river has been taken over by the sheer pollution and sewage that is poured in the rivers endlessly. I was shocked by a film I saw of the pollution being shoved into the sea. And that’s why it also shocked me that this government did their very best to try and reject an amendment to stop companies and their evil deeds. Once again, the loud voices of dissenters made the government relent somewhat – this same government which prides itself on leading the world with Cop26. No, you couldn’t make it up! Eels tend to sway and wriggle, don’t they? And who owns the water we drink anyway? There are so many questions , both social and political about the way water is privatised and its capitalistic effect on society—that is, apart from Dŵr Cymru which followed the not-for-profit route. It comes back to our values in the end since water is spiritual, and should be safeguarded and respected as a source that is both environmental and essential. But we also need to treat it with care. And this takes me back to early times when there were wells in various places to quench the thirst of pilgrims and wanderers. I have a happy memory of a well in Llysderi, Drefach, Felindre, near the stream of my grandparents’ home, and would be tasked during the holidays to collect a pitcher of water every morning.

Now, fishermen and fisherwomen worry that the rivers are not as they used to be and fish is scarce. Not many salmons as before they say. But we, slippery species of polluters need to be called to account— ‘eogiaid’ salmon in Welsh becomes ‘euogiaid’, the guilty–which is the new name for us all. Didn’t our species come from water once anyway?