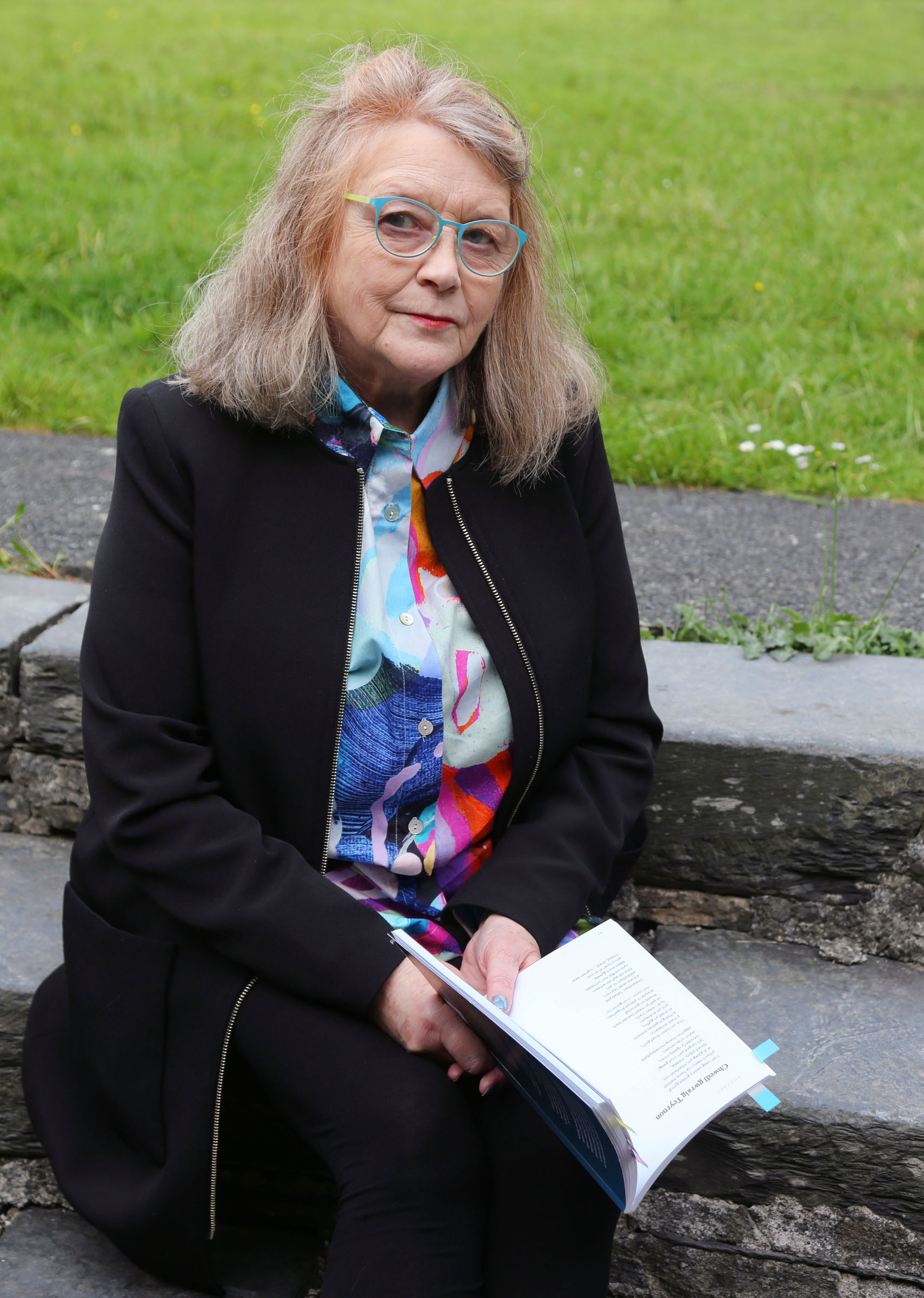 Professor Emerita of Poetry, and former Poet Laureate for Children in Wales, Menna Elfyn has been honoured with one of the main prizes by The Society of Authors at a special ceremony in Southwark Cathedral London on the 1 June, 2022.

The prestigious Cholmondeley Award is awarded annually to a distinguished poet by a panel of judges to celebrate a poet’s contribution to poetry. Past winners of the award include Seamus Heaney, Carol Ann Duffy and Andrew Motion.

This award is especially significant as it is the first time ever for a Welsh language poet to receive such an award for her invaluable contribution to Welsh poetry both in the UK and internationally.

In awarding her the prize, on behalf of the panel, Deryn Rees Jones said:

“Menna Elfyn is a major figure in contemporary Welsh poetry, writing exclusively in Welsh. A true internationalist, her work has been translated into over eighteen languages. Her most recent bilingual collections in Welsh and English are published by Bloodaxe. Elfyn writes about the intimate and every day, the natural world and about women’s experiences, always able to transform her awareness of the small, and the beautiful, to the affective and often, then, the political. Her voice is challenging and compassionate by turn, unafraid of joy, and full of the energies of community, offering through the power of language, truth, consolation, and possibility.”

“I am pleased to receive this acknowledgement for my success in providing a window to the world of Welsh poetry: both its richness and resilience.”

She has published fifteen volumes of poetry and has been translated into twenty languages.  Bloodaxe Books are delighted that she has been recognised through her numerous parallel text collections in Welsh and English, a decision she took in the mid-nineties in order to share her work with readers who she felt deserved to embrace both languages in Wales. Many collections in various languages followed this bold attempt and in 2009, she was awarded the Anima Istranza International Foreign Poetry Prize for her contribution to European poetry at a special ceremony in Sardinia.

Born in Glanaman and raised in the Swansea valley, the family moved to Carmarthenshire in her teenage years. She studied at Swansea University and Aberystwyth University and became a part-time lecturer at St David’s College Lampeter teaching Welsh literature. She later returned as Director of the Creative Writing in the English department at the University of Wales, Trinity Saint David where she also founded the annual International Dylan Thomas Summer School in 2014. Her many residencies and readings from the US to India and many European countries have meant that she has always been an internationalist with Wales as her window on the world. She seeks to write of those who are forgotten, those whose ‘voice is dimly or never heard’, often with ‘searing wit’.

She is also a playwright and librettist and is currently working on a commissioned play for National Theatre Wales for 2023.