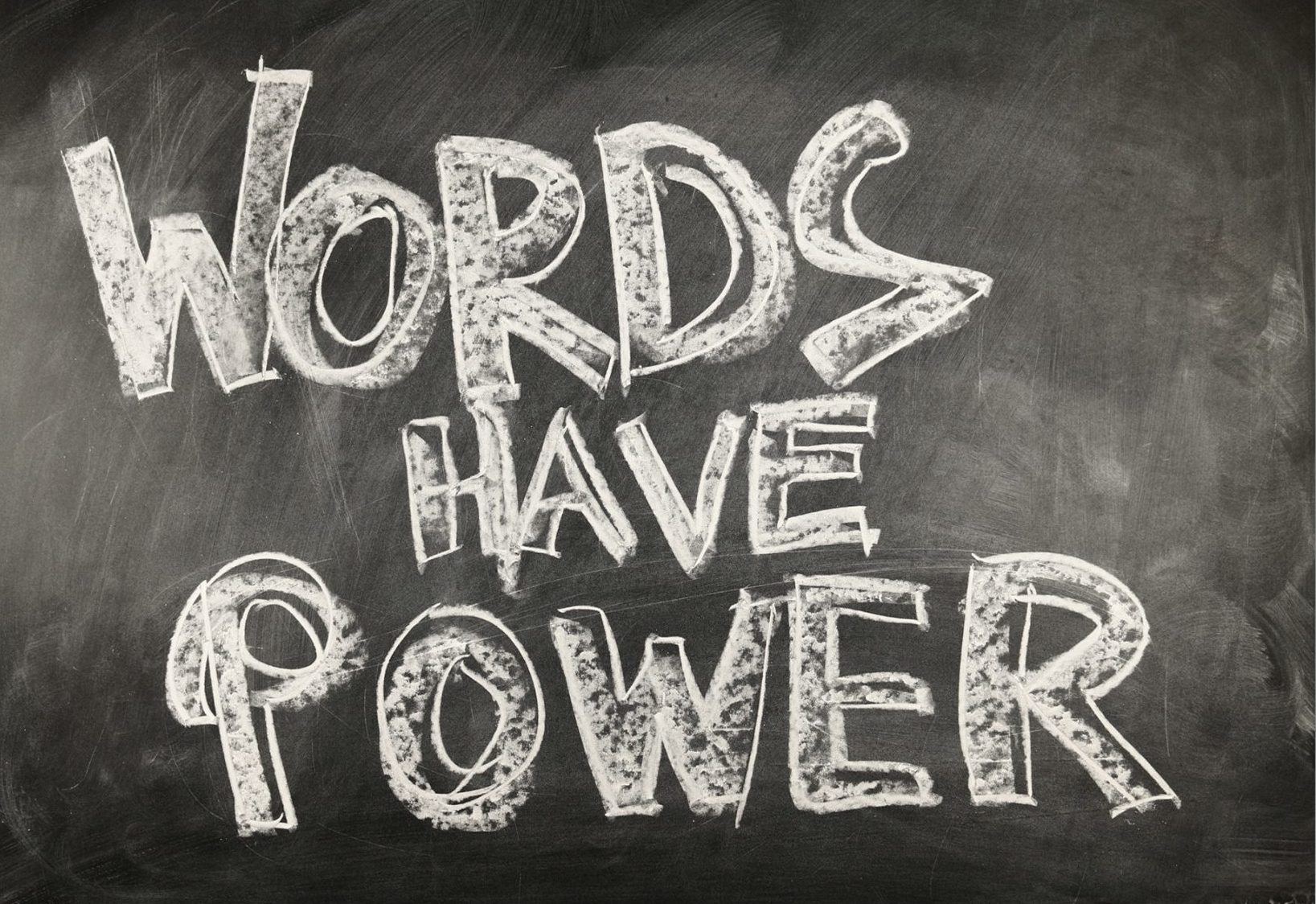 MENNA ELFYN | THE POWER OF THE WRITTEN WORD

Wales Arts Review asked some of Wales’s top writers to pen some thoughts on the future. This new series brings together a wide variety of perspectives and ideas in a vibrant array of styles and forms, expressing hopes for a new way of doing things when the Covid-19 coronavirus is finally overcome. Political, personal, sociological, ecological, cultural – this is an evolving tableau of ideas. Here Menna Elfyn sees hope in the power of the written word and looks back at the advice of poets for times like these.

In poetry we talk a good deal about two opposing forces – the sense of urgency and the realisation that poems have their own sense of time. It is between these two poles that we try and navigate as writers this strange era we are living through, and in Olson’s words, feel the need of ‘a tracking of earth in time.’

What should we write during these times, those of us who have no children scrambling for attention and raiding the fridge? Or elderly relatives or neighbours in need of help in shopping and collecting goods?

Should we rush headlong into writing something about this period or should we take the time to reflect and consider our daily practices of writing? As an avid diarist, writing a page a day since 1968, in leafing through the first year of ‘keeping mum’ through writing, I can see that, in the late sixties, we faced other existential issues from Viet-nam, civil rights, and apartheid to the need for nuclear disarmament. Few poems emanated from that period in my writing and it took me until 2017 to publish and polish scraps of writing I had composed during the Aberfan tragedy.

I hope writers today, with performance poetry often at the forefront of burning issues of the day, will be quicker off the mark, and perhaps it is just a personal failure of mine that I have been unable to crystalize my writing into works that can be uplifting in the ‘here and now’. A fine phrase but vacuous, pretty much like the ‘we are where we are’ or the phrase which grates on me so: ‘going forward’.

Philip Roth once said that politicians look for generalisations and yes, we are faced with terrible  ‘models’ and ‘curves’ and ‘flattening’ which are very unflattering. But he then said that writers are concerned with the ‘particular’. This was made chillingly vocal to me in listening to the PM radio programme one evening (I was on a treadmill and had to stop all movement) when a woman who lost her sister read a poem with the memorable and defiant line ‘my sister is not a statistic’. The words pierced the heart in a way all the news stories had not done, especially when she said that yes, she had underlying conditions and voiced love and all the abstract nouns you can think of. It made that person come to life to me and poetry, if anything, reminds us of ourselves.

So yes, poetry is needed, and urgent, and has a sense of necessity which often cannot be written by bystanders; although ‘bearing witness,’ in the vein of Carolyn Forché, is so much needed today. Looking back, criticisms were made of writers not writing about the miners’ strike when it was in full throttle. Ironically, it was indeed a politician who raised that question. But then the film Pride was released decades later to great aplomb. I myself went on a picket line in Abernant one time, and returned home crying because I pitied the miners in the buses going past the strikers every bit as much as I felt for the striking miners.

So, how should we come out of all this as writers: poets, artists, playwrights, novelists, essayists? There is no template, nor should there be. In reading Brian Greene’s latest book Until the End of Time, yes, bought just before news of a virus hitting earthlings, he says this in questioning how storytelling can ‘earn its adaptive keep’:

Stories after all ‘ provide fabricated realms in which we shadow characters who far outstrip our own. Through borrowed eyes protected by the tempered glass of story we intimately observe an abundance of exotic worlds. And it is through these simulated episodes that our intuition expands and refines, rendering it sharper and more flexible.’

‘Tempered glass’ has never seemed more prescient than the kind of conditions that we are now living through. But ‘through’ is a powerful word and for a writer an important one. No use saying you can’t write and you’ve hit a wall! What a dumb cliché in today’s world. Get over it – not the wall but find ways of working through confinement and turn captivity into a creative act whatever it may be. It may not be the ‘shit and a shave’ male inmates’ prison-speak for a short sentence or the very short poem-graffiti I once saw in a cell in Pucklechurch prison:

You’re not here
To sit and shout
Just do your bird
And – get the fuck out!

Has any poem been so widely read or appreciated I wonder? But to return to these difficult days and weeks ahead; I’m sure many stories and poems will appear. In the meantime, we mustn’t forget the need to share the literary traditions we have and the mechanisms through which they can enrich our lives.  That was why I set up a Wales PEN Cymru Emyr Humphreys award for 2019; to celebrate Emyr reaching the grand age of 100 – (he has since celebrated his 101st birthday), but also to acknowledge bold writing in Welsh and English about Wales. We need to continue to be audacious and promote free expression as well as feel a part of the extraordinary work that PEN International has achieved in defending the rights of writers everywhere. We have seen in the last few weeks how Wales has often been ignored in reports about Covid 19, and the way even the Welsh government has had to ‘speak up’ to claim their right to govern.

Politics? One commentator in Scotland when asked about England and Wales said: ‘Well, England and  Wales have always been like a teacup and saucer.’ Well we know how shallow a saucer is – my father used to refer to someone with a shallow mind as having a ‘meddwl soser,’ a saucer’s mind. In today’s world, how many bother with a saucer in the first place? It’s a mug’s game, eh? That is why all writers in Wales should pursue some ‘writerly’ activity, possibly through raising concerns about injustice through letter writing rather than worrying about composing an epic poem. ‘Lower your standards,’ would have been William Stafford’s quip about writing every day.

The most prolific writer/ poet in Wales in the second half of the 20th century was Bobi Jones, one who in fact did write an epic poem called ‘Hunllef Arthur.’ It sold few copies, but this may just be the right time for me to read it in its entirety. As Professor of Welsh at Aberystwyth  University, as well as being a prolific writer of many works, ranging from novels, volumes of poetry, to literary criticism, he also had time to imagine and realise a much needed bridge between learners and Welsh speakers called Cyd.  Perhaps new ideas, collectives, writers’ engagement with others will emerge and create a fusion of new energy and vision. Even in times like these, as writers, we need to resist negativity and inertia. And ‘obviousness’. Which is why we turn to writers who have gone before us – but please refrain from the echoed clichés of ‘war-language’.

For now, we may all need an imaginary cloud of writers/witnesses in the past whose assertions can sustain us, such as Thomas Merton, who said ‘you make life absurd by holding it at arms’s length’, or  ‘enact some passion for solitude.’ (Cesare Pavese). Or like Mary Oliver, who said, ‘There is only one question/ how to love this world’. Or lean on Rilke, who tells us to live the ‘questions’ like locked rooms or foreign languages and yet can end a poem with ‘You must change your life’. Elizabeth Bishop is a life saver in the way she can end a poem such as ‘The Filling Station’ with that wonderful line ‘ Somebody loves us all’.

I guess the many writers who inhabit our world right now will move us somehow into the act of writing  or creating new ways of working  in the hope that ‘every real poem is the breaking of an existing silence’ (Adrienne Rich). Even if we can’t touch any door handles; let our fingertips still believe in openings.

Menna Elfyn is one of the foremost Welsh-language writers. As well as being an award-winning poet, she has published plays, libretti and children’s novels, and co-edited The Bloodaxe Book of Modern Welsh Poetry (2003) with John Rowlands.